HomeBlog The new immigration law in Canada: A Hope of Security to Disabled

The new immigration law in Canada: A Hope of Security to Disabled

The Canadian news of immigration law reform has given newspaper editors a new content to work on. Along with being hot, the news is soft to ears as it is for the welfare of people. The rights of people are again respected and protected as well.

An upheaval of joy filled the heart of disabled children on hearing the announcement of Minister Ahmed Hussein. The reform is, the disabled no longer will be halted to settle in the country. 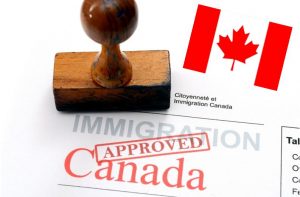 The Need to Reform

Disabled people were considered to be a burden on the society as they rely on medical and other social services which degrade a country’s economy. But genuinely, they are of great benefit to society. Their skill, values and qualities equally contribute to the nation as those of normal people do.

The discriminatory immigration law had to be reformed to enforce the clause of Article !8. The clause provides all the people including the disabled, the right to movement, that is the right to choose a nationality.

There are numerous people who are well settled in Canada by virtue of job but are denied to immigrate to the country because of the disability that their children have. To eradicate this sense of discrimination, there was an extreme need to reform.

A Massive Verdict of the Canadian government

Once again, the Canadian government has established its compassion and has proved to be a government of the people. The aim of serving each and every Canadian equally without considering the variations in them is again progressed. Migration Minister, Ahmed Hussein announced to make reform in the immigration law to provide equal benefits to disabled people. According to Canadian values, the chimera that disabled people are a burden is outdated. The government felt the need of special alteration and decided to respect the contribution of disabled and their families to the nation negotiating the medical issues. Ahmed Hussein believe that disabled people can enrich the thread of nation’s economy and can prove to be of great importance. 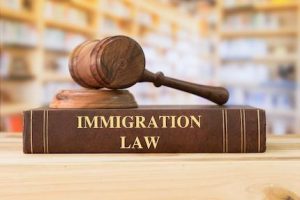 The demand of Council of Canadians with Disabilities has now been fulfilled. The disables can now have their own identity. They can begin their life with freshness in the new world of equality. The changes in immigration law is really a great help for disabled to develop and recreate. The reformation of the current inhuman law of immigration has stabilised manhood. Immigrant people with dreams in their eyes will not remain in despair anymore.

A professor at York City with his son having Down syndrome, a lady with her six-year disabled child, a prosperous family with a child with epilepsy, David Hilewitz and plenty of other people were denied to reside permanently in the Country of Canada. Now all these people are immensely enthusiastic. About 1000 immigrants were denied to reside each year. But now, the government has spread its serviceability to the majority of people.

For immigration help, you can always get in touch with Toronto’s reputed sponsorship and immigration lawyer Ronen Kurzfeld by booking your consultation at https://sponsorshiplawyer.ca/ or calling at 647-953-4235